In March of 2019, Taylor Yeagle was at home with her three young children in Lycoming County, Pennsylvania.

Suddenly, her next-door neighbor pushed her way through the back door of Taylor’s home, screaming for help.

Taylor’s neighbor lives with her 41-year-old son. After he had come home intoxicated, his mother reportedly told him he had to move out.

This sent the woman’s son into a mad panic. He grabbed a large knife and proceeded to chase his own mother outside. She took off running in fear for her life, which is how she ended up in Taylor’s house.

“I took her into our room and told her to stop screaming so he couldn’t figure out which room she was in,” Taylor told WNEP. 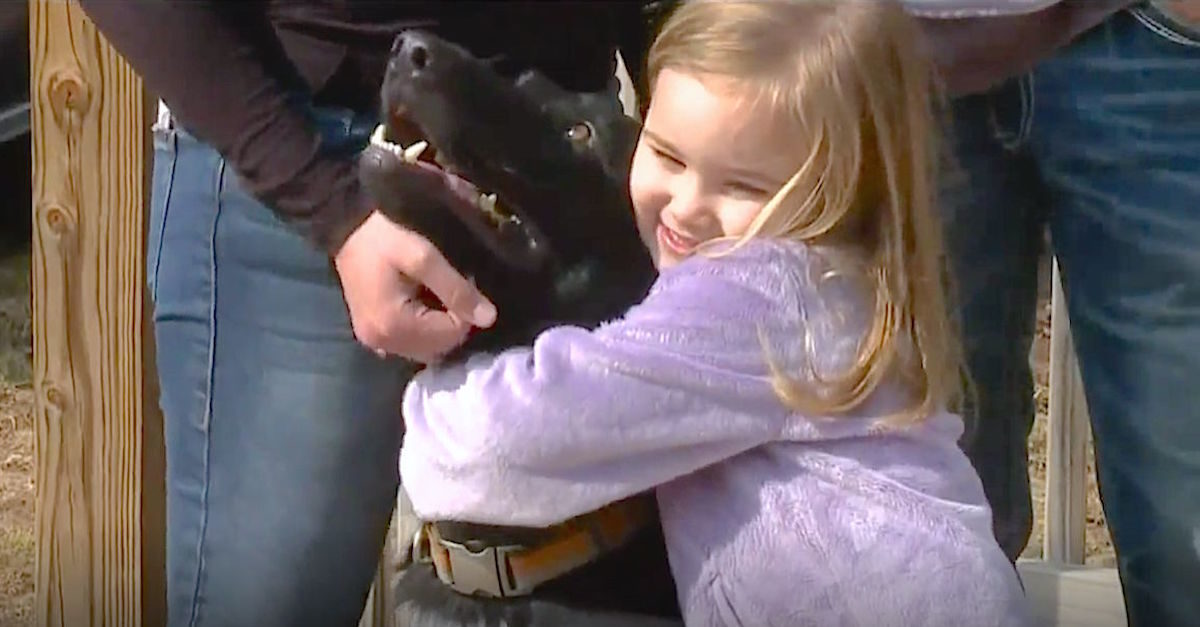 Taylor grabbed her gun and waited for her neighbor’s son to come after her. She was ready to protect her home and family at all costs.

Meanwhile, Taylor’s 2-year-old German shepherd, Hank, was outside — and he, too, was not about to let anyone hurt his family.

Learn more in this video.